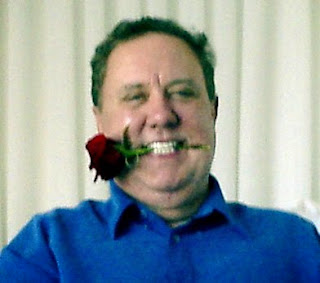 This man, Craig Franklin, is a highly intelligent psychopath, disordered, unable to feel empathy and without conscience.  He is also a sexual predator.

I know, I was married to him for over ten years and I am determined to stop him from harming others.

The highly disordered bring chaos to the lives of the people with whom they interact.

Craig is dangerous to women and girls because he is a sexually deviant predator whose MO includes the focused goal of incestuous relations with girls as young as eight years of age.

Craig believes once women are over 30 they should be 'put out of their misery,' as they are no longer of use to anyone.

Carrying out his MO includes enticing the girl or woman to trust him and rely on his financially.  This is the bait.  If you are a woman who has encountered Craig you might ask yourself if this might work for you, and this site is also intended to assist you in this regard.

This material has been compiled from the experiences of a significant number of women over the last twenty years.  Craig lives out the same fantasy over and over again.

He wants to make you dependent, then rape you, cut you off and destroy everything he knows you care about.

If you have allowed yourself to become dependent, for instance, starting a business he promises to fund, or put you through school, or some other deal, he will use the loss of funding to shock, traumatize,  and terrorize you.

He will take your calls, listen to your pleas, for instance that you are starving, your children are freezing to death, and enjoy this enormously.

He has forced previous victims to find him new victims.  Some did so because he had them over a financial barrel.

Victims of psychopaths can lose their sense of grounding, what is right and wrong.

One of his routine cons is to show you a copy of his will, in which he has named you as his heir.  This is provided only to get you to trust him and has no weight.  Rest assured, he cancels these immediately and has a strong background in law.  Craig was raised with an attorney Father who talked the law at the dinner table.  His two brothers are attrornies.  He knows exactly what he is doing.

Craig has no assets he can leave anyone because he spends every cent on credulous women as soon as he gets it.  His stock in Green Hills reverts to the company at his death.  His trust fund reverts to Stanford.  He cannot hold on to money.

If you turn the tables on him from the beginning this can work for you.  Do not make the mistake of trusting him even for a moment.

He made these promises to his sister, and welshed   He  sold stock in Green Hills, paid for by his daughter-in-law's family and simply took it back.  He gloats over these actions, having absolutely no shame.  He is a psychopath.

If he knows who they are, he will attempt to suborn your friends and family, spending enormous money in so doing.  His approach is generally to offer them gifts, jobs, and other benefits.

His son, Jonathan Scott Franklin, an apple who did not fall far from the tree, is presently serving time for paying a hitman to kill his wife.  Murder solicitation  was like 'weird movie'

Craig will promise you whatever he believes will obtain your trust.  He will give you money only as long as it takes to make you dependent.  He is waiting to act out his fantasy, which is violent, ugly, and has become his driving need.

Do not allow yourself to become actually financial dependent on Craig.  Lie to him, understating your means. Always keep enough on hand so you can survive.  Record your phone conversations and use a covert camera to ensure you have a record of his actions. Women have tried to report him for rape but not been believed because he trots out his 'respectable' family, especially his father, who, though deceased, is well known in the legal community, to evade prosecution.  His former employer, Dan O'Dowd, CEO of Green Hills Software, also provided him with cover, and settled law suits for him.

Demand Craig pay you in advance each month, week, or quarter.  Do not live with him, do not trust him with your assets, do not ABSOLUTELY introduce him to your family, and especially not your children.  Also, do not have a child with him.  He will tell you this is what he wants, and he does.  He wants a little girl and his motives are anything but normal.

Craig's Use of Normal People as Cover

Craig appears to be somewhat autistic.  It is not easy for him to simulate appropriate emotions or know what will not set off alarms in normal people.  As is common for highly disordered individuals, Craig uses normal people to build what appears to be a more normal social circle around him.

He maintains this by limiting contact with these individuals, not seeing them too often,  making periodic phone contact and otherwise limiting what they know about him.  He constructs with care what he wants them to know about what he is doing.  Character assassination is one of the routines which makes the whole work for him.  Craig always positions himself as a victim.

People will believe him because they do not check and also because he can make it worth their while with gifts, mostly of money or donations to organizations they head.

You need feel no guilt about anything you do to him.  Rest assured, he deserves the ugliest lies and predatory behavior you can deliver.

The women who have done best in relationships with Craig have followed these rules and also have not 'friended' him on FaceBook or otherwise included him in their social circles.  One, Rita, got him to pay for her wedding and carefully excluded his photos from her online wedding album.  Smart move on her part, clever revisionist historian that she is.

In effect, Craig built himself a 'family' of women, most of which he had enjoyed sexual relations.  More on this HERE, with photos.

Craig was formerly living in Santa Barbara.  After Dan O'Dowd finally realized he could not be relied on not to be outed a deal was cut.  This was June, 2012.  Craig stepped down as Senior Vice President of Green Hills Software, Inc., and started a company for which he was Chief Technical Officer, Firefly.

No longer officially employed by Green Hills, Craig began a start up, something he has never been able to accomplish due to his discoverable propensities.   For a while he and the tiny staff worked together remotely.  Craig had moved to Laguna Beach, still trolling for women and girls.

Then, Craig relocated to San Marcos, TX, a college town not far from Austin, where Firefly was located.  Then, I heard through acquaintances, Craig had had a stroke.  This would not b surprising as he over indulged in everything and never took care of himself.  Firefly appears to be dead in the water.

There are several possibilities.  Craig could be in an assisted care home.  Someone, for instance his brother Sterling, could be caring for him.  Or the last woman to be poised as potential victim could have used the opportunity to turn the tables on him, depending on his condition.

In any case, it is a certainty that he is still being funded by someone with an interest in keeping him quiet.  His several co-conspirators from the original take over of Green Hills are still vulnerable due to the life threatening nature of their acts.  So if I discover it is no longer necessary to protect the public on Craig we can finally move on to the issue of associated psychopaths and situational psychopathy.

See the links below


Green Hills Software, Inc., is a drone contractor.  See Drone Free Zone for more on them.


This article below links to legal papers, affidavits, transcripts, and other forms of proof.  For more go to Just the Evidence.  Someone, I suspect GHS's cabal of guilty, continue to remove exhibits but I am now working on a  neat way to circumvent this and draw attention to the core issues.