You Go Looking - Surfing the Web - And Things Pop Up.

I was looking for more information on Craig when a fascinating website popped up.  There are several curious omissions, which I noted with interest.  Dan O'Dowd, who with Amy Chang, his wife owns 97%, yep, you heard it right 97% of Green Hills Software, Inc., and 100% of "INTEGRITY Global Security, LLC.

As the President and CEO don't you think Dan would be mentioned?

Although the "Team" page does not mention this David Chandler was named as the CEO when the company was founded in 2008.  Dave was one of the original, very small number of co-conspirators who were to be awarded with more stock in GHS for assisting Dan in his fraud.  Craig was the organizer for this.  It was a "Throw Mama from the Train," deal.  Dan would assist in defrauding me for help with defrauding Glenn Hightower of around 300 million dollars.  Not a minor matter.

Now, when you go look at the site you will realize these same people are providing the security for our government.

Do, people have already proven they have, at best, a very slippery sense of right and wrong are now supplying the needed 'security' for "companies, government, and the military."  Does that make you nervous?  It should.  America is morally bankrupt today.  We were lied into the round of wars, starting with the first Iraq war and others which are murdering millions and forcing survivors into Europe.  The cost of these wars is simply overwhelming and profits no one but the Multi-National Corporations.

Here is a list of GHS employees.  Most of these people were hired on after the original conspiracy took place.  The real Management of GHS is limited to those few - who know.  Dan O'Dowd, his wife, Amy Chang, David Chandler, Dave Kleidermacher, and a handful of others.  Why are these people entrusted with major security needs when their own sense of right and wrong is so entirely flawed?

Posted by Melinda Pillsbury-Foster at 10:29 AM No comments:

Honest? Committed to his marriage vows? Only a psychopath would have the gall to say that.


How do Hillary and Craig and his friends fit into a book together?  You will see..... 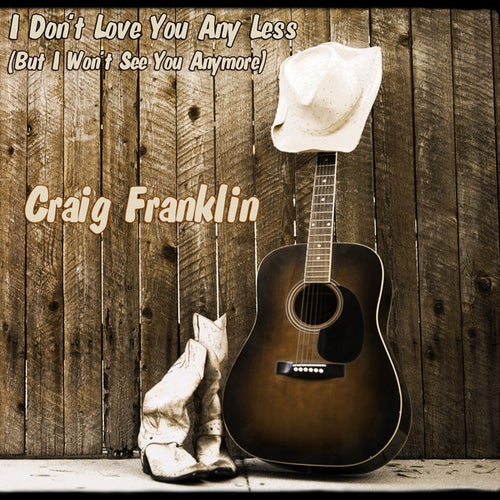 I Don't Love You Any Less
by Craig Franklin

This can only be the real, honest to goodness incest-hungry, lying, scheming, traitorous, and now wandering software engineer for whom this site was founded.

His sexual proclivities lead him to spending every penny of the millions he got, having stolen half of them from me, his former wife who solved his IRS problems for him.  You're Not Paranoid - The IRS is Out to Get You.

Ladies who meet him on the internet or elsewhere take note.  What he is looking for are victims, not lovers.  He is not excited by sex, just by setting you up to rape and destroy you.  There are enough doumentable incidents of this now for a class action law suit.

Further more, this honor emoting liar violated our marriage contract in every way possible.  Dan O'Dowd, his boss while he was Senior Vice President of Green Hills Software, Inc., as they carried out the fraud against Glenn Hightower, the funder and full partner in the enterprise, which was founded in 1982.

This ploy, organized by Craig for Dan, gave Dan full control of the company and set him on his way to becoming as rich as Bill Gates.

This was probably the only way this could have happened.  It is clear Dan could not sell water in the Sahara Desert because the marketing material he proudly produced failed to interest anyone for years.  Then, just as he thought he would have to go hat in hand to Hightower for more capital Craig wandered in.

No sales until Craig, then working at MicroTek in northern California, ignored the marketing material and read the code.  Impressed, he recommended it to three of his friends, who bought it.

Then, Dan knew he had found the essential missing part of his brain and made Craig an offer he could not refuse - even though he had to move into marketing, a profession he despised. But since lying is natural for a psychopath and Craig has never lacked the gall to say anything to get what he wants, it worked.  Now peruse the graph below.

But being cozy co-conspirators only goes so  far.  Craig got eased out because of the nasty sex issues, which Dan covered for him to a point, the point at which he was afraid he and the company would be sued as well.  So, this is where the story starts.  Now, where it goes, that is really interesting.  Stay tuned.

PS  the reason Craig writes songs is because he reasoned it would get women to adore him and throw themselves at his feet.  It did not work but he keeps trying.

Posted on December 5, 2012 by Broken Records

Craig Franklin was born in Charlottesville, Virginia, in the hospital of the University of Virginia, founded by Thomas Jefferson (one of his heroes). When he was 17, Craig learned to play folk guitar and started writing songs. After graduating from Stanford University with a BS in Math, he worked on the Apollo moonshot for a couple of years and then spent five years on the staff at MIT. This led to his success as a Silicon Valley millionaire! Although Craig never stopped playing guitar and never stopped writing songs he has lived in Oklahoma, California, Massachusetts, North Carolina, and New Hampshire — but now he’s back in California. The consummate ‘Cowboy at Heart’ Craig still loves folk and country songs along with duets too and has written several, plus he’s arranged others from existing songs.

Craig’s breakout & breakup song, “I Don’t Love You Any Less ( But I Won’t See You Any More)” addresses an issue never before encountered in a country song while being on the edge of controversy – Craig’s reaction from listeners “I take my wedding vows seriously and I wish she did too”. The ladies think he’s quite a crooner too, with his deep, sexy vocals. Craig is single ladies and quite the Cowboy at Heart..
Posted by Melinda Pillsbury-Foster at 7:28 AM No comments:

Craig's most compelling turn on is incest, for which he prefers little girls with whom he has built a trust relationship over a period of time.  His goal is to then rape the child, abusing them in other ways.  It is tragic I did not have any hint of this before we were married.  Some forms of perversion are just too horrifying to believe, of course.

Of late, I have received both comments on posts and emails through the contact form about what Craig is up to.  According to the comments he has returned to using Sugar Daddy sites - but there is no longer any Sugar in this Daddy, according to a longish contact email received today.

A young woman who said she knew about Craig through a group which produces his songs said the group had to kick him out when he tried to move in with them because he was living out of his car, which is no longer the Lexus but a ratty banger.  The woman, she used the handle Debbie, then said she had heard from other sources he had moved in with Priscilla, his sister, who lives in the Santa Cruz area.  So ladies in that area, beware.

It appears Craig has gone through all of his money having squandered it with bogus schemes and investments.  He still has, however, the $40,000 a year trust fund set up by his parents through Stanford. He can't get at the capital, which reverts to Stanford when he dies.

So, any money to be had from him will likely be available on a quarterly basis.  He will probably pretend there is more where that is coming from.

Having gotten the info from Debbie I made some calls.  Through a friend of mine in that area who is in the software business I heard Craig is doing short gigs at small start up companies.  He is likely not staying very long at any of these because of the tax lien issue.  He still does not file his tax returns, it seems.

My friend, from Libertarian Days, expressed the opinion the FireFly start-up in Texas was just to get him off Dan O'Dowd's back.  Could be so - but one can't look into another individual's mind.

So, this report is more rumor than fact - but it certainly squares with what Craig has done in the past.  Firefly does appear to be dead in the water.  Debbie placed the homelessness at a year ago.  She did not say if he had just returned from Texas so there is no solid time line there.


One might have thought Craig had finally dried up and blown away, through there would be a lot to dry up, when up popped a reference to "Craig Franklin Pillsbury."   Odd, I thought, then googled to see if this was a relative. No, it is Craig, evidently abusing my good name to evade detection.  It had to have been him.

I have been told Craig has moved to San Marcos, Texas.  Perhaps Green Hills Software, Inc., plus the other corporate shields Dan O'Dowd has added to his array of death and destruction  are subsidizing yet another loser start up like FireFly and decided it was best to place Craig at a distance while he continues to stalk unwary women who are looking for relations either through Match.com or through the pricier option of 'Sugar Daddy' sites.

Sources have told me he has an account on nearly every existing site and actually employs former victims to vet new ones for him.  He evidently enjoys humiliating them and makes the offer after he has destroyed them financially.

It is hard to imagine a nastier piece of ugliness than Craig, by any last name.  But if he keeps using my last name, trust me, there will be consequences.

Do you understand, Craig?

Posted by Melinda Pillsbury-Foster at 7:17 PM No comments: